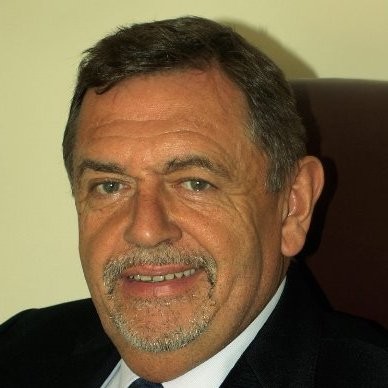 We speak to George Clark about his career in the world of Operational Risk.

George Clark is a senior figure in the Operational Risk world and is Chair of the institute of Operational Risk. He was most recently Interim Director of Operational Risk at Barclaycard and had has previous role within firms including Rabobank, Northern Rock, Norwich Union, Capita and National Australia Group amongst others. He speaks to Lawson Chase about his career in Risk to date.

What made you decide to enter the world of Risk Management?

It wasn’t a conscious choice. I was working in a Marketing function at the time as Head of Mortgages for a regional bank so I’m more poacher turned gamekeeper. As is normal, a restructure was looming and I was asked to take on the Current Accounts portfolio. That wouldn’t have been my first choice so I started to use my internal network, looking for alternatives. At that time the new Financial Services and Markets Act (2000) was being rolled out and the Head of Retail for the region, covering 4 banks within the Group, was looking for someone to build some risk capability and basically keep him out of jail. Effectively I was asked to build a first line risk capability and had to work closely with all of the second line risk functions. A previous background in retail branches as an Area Manager and in Project Management meant that I did have some understanding of risk, controls, audit etc. but more importantly I knew the business and the people well. It wasn’t the first time I had changed disciplines though and for me it just reinforces the benefit of building networks and focussing on developing broad skills and capability rather than targeting a specific role.

I started as a junior in Branch banking back in the 70’s. At that time, certainly in Scotland, you were “encouraged” to sit the banking exams. Typically the exams covered; Law, Economics, Accounting, Management theory, Marketing and International Trade and Finance. It proved to be a fantastic grounding particularly as this was done in day release so as you developed your career you were learning both theory and practice in a live environment. I am a big fan of encouraging both theory and practice in equal measure. I stayed in retail banking in various roles for about 10 years, progressing through the traditional hierarchy of seniority gained over time. I then moved onto a strategic change programme creating a Bancassurance model and splitting branch banking into business and personal divisions. At that point I realised hierarchical progression wasn’t an option and it became more about building networks, knowledge, skill and track record. With that as a basis I moved around Project Management, HR Development/Training, Sales Management and Development, Retail Area Management, Marketing then moving to Risk in the first line before moving to the second line to manage a Compliance project before heading up the Operational Risk function during BASEL implementation and finishing up as the Head of Industry and Regulatory relations, mainly leading things such as ARROW visits and representing the Group on things like APACSs Council etc. After early retirement I moved into contracting about 8 years ago.

What have been the most rewarding parts of your career so far?

People, people, people. You can’t avoid them so you may as well figure out how to enjoy the conversations and boy have there been some great conversations. In the day job I’ve been privileged to be able work in a few different countries and you get different perspectives and cultures interpreting the risk management conversation. As a senior leader you get to coach and mentor individuals which is incredibly fulfilling and often involves life changing conversations. Finally through my external networks and forums such as the Institute of Operational Risk hearing the conversation of thought leaders in our discipline is enlightening and challenging.

What recommendations or advice would you have for someone who was considering a career in Risk Management?

Understand what risk management is truly all about. If you are already a practioner, improve your ability by understanding the supporting theory. If you have just gained a qualification don’t think you are an expert until you can show how to apply the theory in practice. Often people stop at the controls bit, or in the monitoring and reporting area. It’s much, much, richer than that. You don’t have to be a quant specialist but at least understand data, analytics and numbers. You need to be; a psychologist, a salesman, a policeman, a coach or teacher. I think too that it’s critical you are willing to really understand the business you support so that you can have great conversations as two professionals with different but supporting skills and objectives. It’s important to understand where Risk sits in the value service profit chain which also reminds us that risk is a people business. It’s people who create the events and people who suffer as a result.

The best advice that I was given was, get involved.

What do you think are some of the key challenges facing the Operational Risk sector at the moment?

There are many challenges but I think one of the biggest is fatigue. Since BASEL II and the more recent Insurance equivalent, firms have invested significantly in operational risk and yet stuff still happens, often the same stuff. The danger is that the discipline doesn’t blossom and grow, firms wonder whether it’s easier just to pay the fines or we move onto the next hot risk topic, such as Conduct Risk. In many ways Operational Risk is the core of an Enterprise Risk Framework and yet we still seem to operate with Risk functions as silos. As Regulators draw breath and focus more on the implementation of their rules we would do well to remember the “use test” and how that might apply to Operational Risk functions as much as the business.

In terms of future skills gaps, are there any particular types of Risk profiles that you think will be in short supply in the future?

I have already commented on the depth and breadth needed to be a good risk manager. Recent years seem to have developed a concentration of skills in what I would call detailed hands on risk management; controls, monitoring etc. Neither have I found it difficult to find mathematicians and quants. In the future I would expect more opportunity for those that can operate at senior level on Board and Governance issues. The greatest demand however I think will come from those that understand behaviours, culture and social psychology. Given this influences how people make decisions that understanding is key from a risk perspective for Financial Crime, Credit and importantly Operational Risk, including Compliance and Conduct.

If you'd like to discuss how Lawson Chase can support your permanent or interim recruitment, contact us today and we'll set up time to speak.

Ready for a new adventure? Register your details with Lawson Chase and we'll keep you posted with the latest opportunities.